A downloadable game for Windows

We set out on a mission to showcase what can be made when media artists collaborate. Project SparkleDew is a platforming game about making friends and driving one another to succeed.

Initially the player controls Iris, an ambitious artist who wants to make a game. She sets out on a journey to hook up with her online friends, Vector and Ray, who live in SparkleDew. Once their team is assembled, they will use their combined talents to overcome every obstacle thrown their way.

Next year, we'd like to take this game further and bring in the other characters, new areas, enemies and possibly even a boss or two!

Run either PJSDV1_3_9.exe or PJSDV1_4_0.exe depending on your downloaded version. To close the game CTL+ALT+Delete. 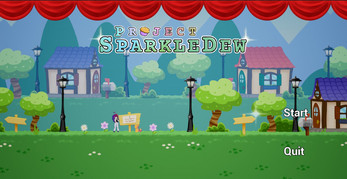 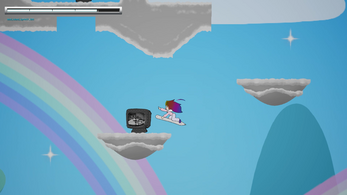 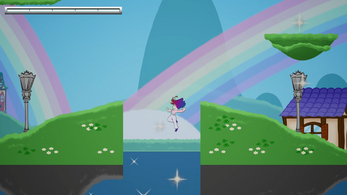 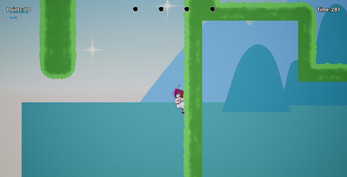